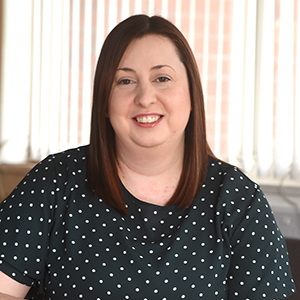 Tuesday 13th of March 2018 | Posted In: Renewable energy, Use and Manage, Comply

Ed Shuldham and I started with FEC Energy on 08 January and, at nearly nine weeks in, we now feel settled and a valuable part of the team. As always, there are a lot of challenges when starting a new job and this was no exception! However, the team here couldn’t have been more supportive.

Before starting work here, I worked at First Utility for over four years. I started in Customer Service, where I gained invaluable knowledge about the industry. My next step was to move to the resolution centre, where I took on a more admin based role. I was then given the opportunity to work on a project, which led me to a role in the billing department. When the project finished, at end of last year, I decided that it was time to look for a new challenge, somewhere where I could continue to build upon my skills. So I applied for the Technical Administrator role in FEC Energy’s Technical and Renewables Team and the rest is, as they say, history.

In Ed’s case, he has spent several years working in agriculture, on a range of different farms dealing with cereal crops, root crops and, most recently, energy crops. He has worked at the practical end of several renewable energy installations, including anaerobic digesters, and the construction of a woodchip drier that has provided him with experience which he is finding very useful in his new role as a Graduate Engineer in the Technical and Renewables Team.

Since starting here, Ed was quickly site visits and submitting Renewable Heat Incentive (RHI) applications, whilst I have been learning and getting to grips with the admin side of things. We still have lots that we can learn, but are confident that with the ongoing support we will be experts in no time!